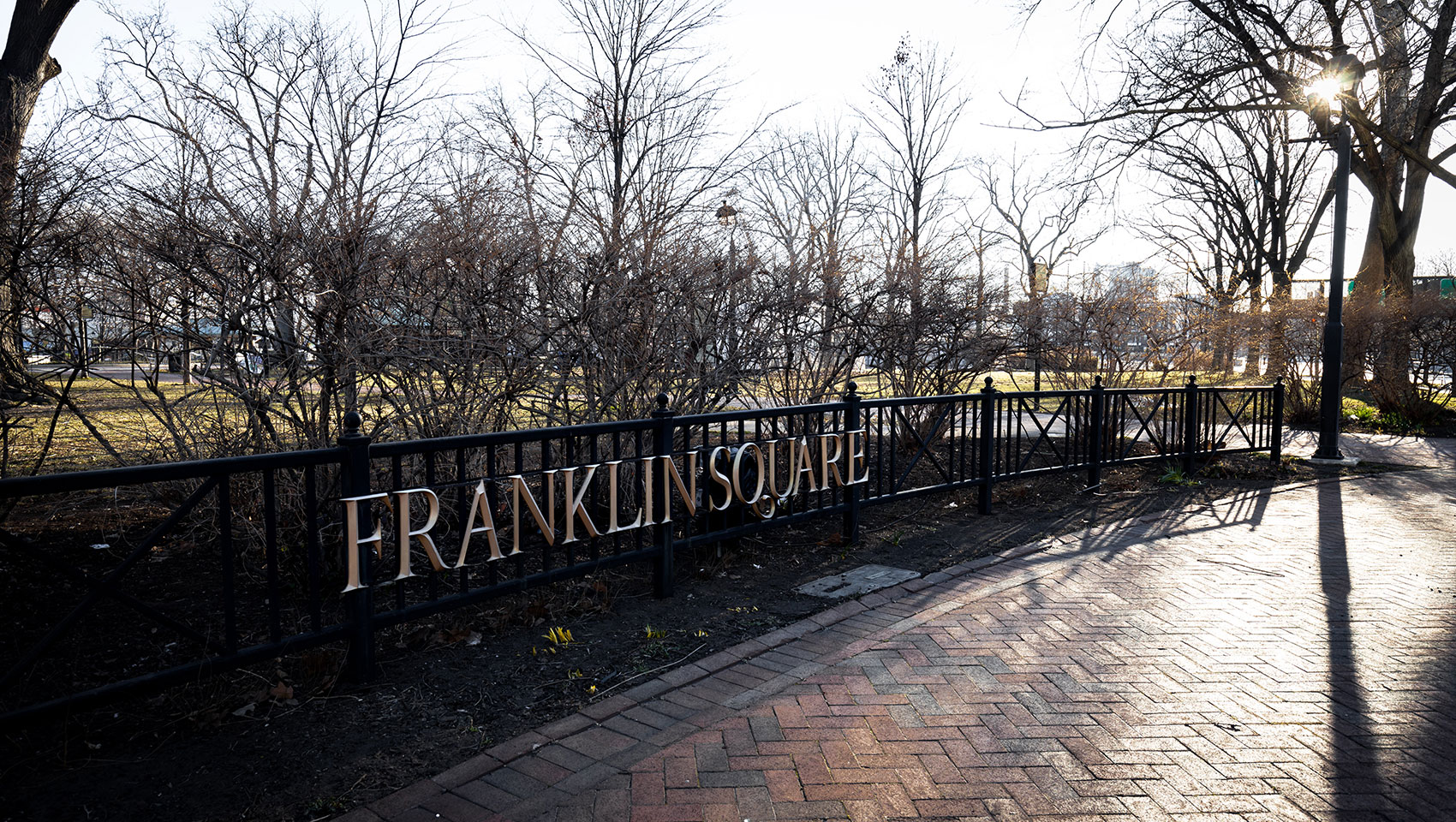 A Walk in the Park

Green spaces are just a stroll away

Although Philly is undoubtedly urban, founder William Penn never wanted it to lose its connection to nature. His original plan included five public squares, which you can still see today—now known as Rittenhouse Square, Washington Square, Logan Circle, Franklin Square and City Hall. These green spaces are just the beginning of the parks in the city, which range from pocket sized (John F. Collins Park is a small but mighty spot to get some shade) to sprawling (Wissahickon Valley Park encompasses 1,800 acres of forest, meadows and water).

On the west side of City Hall, this bustling park features an interactive fountain that transforms into an ice-skating rink in the winter.

Along Benjamin Franklin Parkway, this green space includes the nature-inspired Children’s Discovery Garden and a fountain with spouts for each of Philadelphia’s 10 sister cities.

Ride the old-fashioned carousel, play putt-putt golf or sip a SquareBurger cake milkshake while sitting by the fountain in Franklin Square.

Grab a spot on one of the swinging benches at this elevated park, which runs along an old viaduct for a quarter mile and is still in the early stages of development.

Atop an 11-story parking garage, this elevated park in University City has great views day and night. It includes large lawn areas perfect for picnicking.

Trade urban landscapes for the wilds of nature in Northwest Philly, where more than 50 miles of trails are a haven for hikers, mountain bikers and birdwatchers.